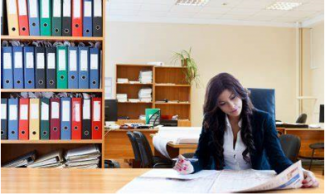 WHY WOMEN ARE BETTER INVESTORS

Over the last few years, several studies from Fidelity, Wells Fargo, the University of California and Hargreaves Lansdown in the UK show that women’s investment returns tend to outperform men’s by anywhere from 0.4% to 0.8% per year.

Men tend to shoot themselves in the foot while investing, while women do not.  Several types of behavior tend to favor women investors:

Fortunately, not only are women better investors than men, women tend to save a higher percentage of their salary in their retirement plans at work, 9.0% for women vs. 8.6% for men.  Similarly, for investment accounts outside of work (IRAs and brokerage accounts), women add 12.4% to their accounts through additional saving, vs. 11.6% for men.

The trends listed above are leading to a decrease in the gender investing gap.  With a gender wage gap of 18%, women start with less potential to save money, since they are earning less.  Historically, men were more likely to invest than women, although this gap has now closed to 4% with 56% of men and 52% of women investing in equities.  The good investment behavior that we generally see with women will help to reduce that gap!